Leaders shouldn’t give up on New Year’s resolutions

We all know that setting new year’s resolutions often feels like a pointless exercise. It’s something we do at the start of each year only to feel guilty about it by February.

This pandemic has made us feel more powerless than ever before. Why should we even attempt to set resolutions when the future is uncertain?

In this article, I am going to discuss why intention-setting for yourself as a leader is key and offer practical tips on making those leadership intentions stick!

The first people to make New Year’s resolutions were the ancient Babylonians, around 4 thousand years ago. They promised their gods that they would pay off debts and return any objects borrowed. This practice can be considered a predecessor for our modern-day New Year’s Resolution.

For early Christians, the first day of a new year was an opportunity to resolve past problems and be better than their past selves.

Even thought the tradition of setting New Year’s resolutions has roots in religion, today it’s mostly non-religious. People make resolutions for themselves, to improve mentally emotionally, or physically.

The recent research showed that 45% of Americans say they usually make New Year’s resolutions but only 8 percent are successful in reaching their goals. That number probably won’t stop people from making them anytime soon. Public Library of Science One, a peer-reviewed open access scientific journal, did a large-scale experiment on New Year’s resolutions.

Around a thousand participants from the general public were randomized into three groups: active control, some support, and extended support. The most popular resolutions were about physical health, weight loss, and eating habits. At a one-year follow-up, 55% of responders considered themselves successful in sustaining their resolutions.

Participants with approach-oriented goals were significantly more successful than those with avoidance-oriented goals (58.9% vs. 47.1%). The group that received some support was exclusively and significantly more successful compared to the other two. This study reveals that New Year’s resolutions CAN have lasting effects, even at a one-year follow-up.

Most leaders I work with are unable to make significant changes in their lives if one key thing is missing. They need a deep understanding as well as recognition for why they operate the way they do and what keeps them locked into self-sabotaging behaviors that resist change. Over the past several years in my executive leadership coaching practice, I’ve seen leaders who often struggle with bringing about any type of change.

We often expect and want our people to improve. While that’s a great expectation, it won’t happen unless we change ourselves first. There’s an ideal example I can think of. In the early days of my corporate career, as a supervisor, I told myself: next year, my team will be the best in the company.

By the end of January, nothing changed. I realized that it didn’t change because I didn’t change. As Albert Einstein once said: “We cannot solve a problem on the level of consciousness that created it.”

You can’t change others with no accountability structure

Serious goals require sustained action and a different mindset than what we’re used to. It’s hard because it stretches us out of our comfort zone, but this new way is necessary if we want to see a change in our people.

You might find that having outside accountability helps over time as the excitement fades from achieving goals. Provide a substantial support through an accountability system in your workplace and for your teams.

You can’t change others if you are afraid of change

What if this really works? Have you ever asked yourself that question? I know I did. What if my team became the best in the company? Does that mean we won’t have the next level next year?

I had so many doubts about all of it and almost self-sabotaged the entire process. I consciously wanted to achieve the goal of making my team the best, but inside I was afraid that IT WILL happen.

It’s not enough to take all the right steps. You must develop a positive self-image and cultivate powerful beliefs that lead your team towards success, or else leadership resolutions will remain just out of reach for you. What leaders can do about New Year's resolutions

I don’t like making New Year’s resolutions because they are so much hype and pressure. They rarely work out well in practice. For me, it’s more helpful to think about what went very right this past year, coupled with some reflection on areas where we still need improvement.

Making resolutions is a great way to start off the new year, but if you don’t make them right it’ll be difficult for your goals. Before giving up on making positive momentum in January and beyond, try these tips that can help.

The first step in making these resolutions happen is deciding if you want them enough and finding something that has meaning attached to it.

Having an incentive like this will help keep people going when they feel tired from work as well as helping motivate others on their journey while also staying motivated yourself.

You know that with resolutions, the only thing you should really think about is which one will improve your team in the long term.

Why not just choose one resolution or at least an area to improve, such as investing time in improving team communication? It will lead you down the path of success much easier than trying many things.

One of the best ways to make a new year’s resolution stick is by choosing actions in advance. This means stop saying what you want in your team or company, and choose which actions are most relevant.

Creating an action-based priority list and scheduling them in your calendar will help you be more successful at following through on those commitments, no matter what they are!

The path of least resistance is always available. If you make your resolutions obvious, attractive, and easy to follow, then people will be more likely to do what’s necessary without thinking about it too much or struggling along the way.

This can help lead your team towards success. With your leadership resolutions, that could mean allowing people more time to rest and recover, encouraging open discussions, and investing more in care for mental health in the workplace and beyond. Think about how you can reduce all friction toward what you want to see in your team and increase friction towards choices you want them to avoid.

Whether you have one resolution or ten, the most important thing is that they are achievable. Successful leaders choose a goal and find something that has meaning attached to it.

This makes their choices easier, as well as more motivating. At the end of the day, choose actions in advance and stick to them. Do you still write and plan New Year’s resolutions? Let me know in the comment section. 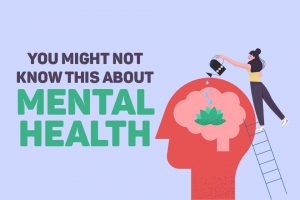 Why Mental Health is Crucial for Leaders 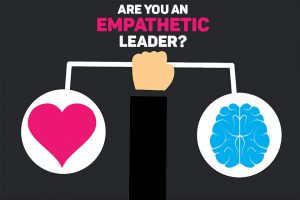 Empathy In Leadership – The Key To A Healthy Workplace 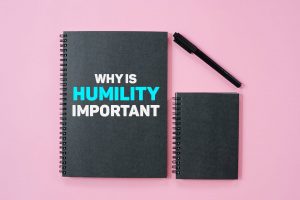 Humility in Leadership – 8 Reasons Why Being Humble Is So Important I help aspiring and existing leaders improve their skills through effective coaching.

As a restless knowledge seeker, I love acquiring new knowledge on a daily basis through various types of research techniques. All this aligns with my life's mission: sharing knowledge is a privilege and an obligation.

This site uses Akismet to reduce spam. Learn how your comment data is processed. We have created a focused group of coaching services that offer solving all leadership and communication challenges.

Leaders shouldn’t give up on New Year’s resolutions

Why Mental Health is Crucial for Leaders

Empathy In Leadership – The Key To A Healthy Workplace Well Done,
You Did It!

Your e-book is on the way! Check your inbox to get it.

Did not get any email from us?
1) Check your spam folder
2) Add the @relax.ph and @leadershipkeystone.com to your safe-sender list

If you do not receive your book in the next hour, please contact info@relax.ph Are you aware of what you do and why you do it?

I want to take control of my life!